All About Record Book Bow Kills

Bowhunting offers wonderful opportunities to obtain meat, spend time in nature and spend time with family and friends. There’s also potential to shoot a trophy animal. People define trophy animals differently. To some, a trophy is an animal taken with a bow. To others, it has to meet certain size or age requirements. For this article, we’re referring to animals impressive enough to meet record-book standards.

Big game trophy animals are special because they’re rare. In order for an animal to flaunt headgear of a trophy status, it must have good nutrition, good genetics and time to age. Arrowing a trophy animal involves skill, luck and being at the right place at the right time.

To learn more about trophy animals that qualify for (or top) the record books, we spoke with Roy Grace, records chairman of the Pope & Young Club. He also shared a few thoughts on how bowhunters can increase the potential of shooting elusive and majestic trophy animals. The record for the largest typical whitetail deer was set in 1965 in Peoria County, Illinois. Photo Credit: Pope & Young

Pope & Young is recognized as the official repository for records on bow-harvested North American big-game animals and sets standards for measuring and scoring North American big game taken with archery equipment. The organization has an extensive record database. It has a free search feature with limited data, but Pope & Young members get access to the full system. Otherwise, people can subscribe to “Trophy Search,” which allows them to search through record animals and sort them by state and species. The organization does publish the world records on its website for all to see.

Speaking of world records, the oldest-standing P&Y world record is Mel Johnson’s 1965 typical whitetail deer, which had a score of 204 4/8 inches. Although that record seems nearly unbreakable, many others are being beaten left and right. In fact, bowhunters broke three world records in 2020, four in 2019 and five in 2018. In 2021, velvet antlered deer were made eligible for records. Photo Credit: Pope & Young

In 2021, Pope & Young changed its stance and allowed velvet antlered animals to be eligible for world record status within their own respective categories. As such, the organization gave a world record status to a 2012 velvet typical mule deer, a 2005 velvet central Canada barren ground caribou and a 2021 velvet Sitka blacktail deer.

Grace said there have been “quite a few new world records over the last century.” That makes us wonder, are animals getting bigger, or is something else happening?

According to Grace, it’s likely bowhunters are breaking records by harvesting top-class animals for two reasons:

But Tony Peterson, author of a recent MeatEater article, said technology isn’t a true shortcut to success. He believes these tools can complement a larger strategy, but if a hunter doesn’t have foundational woodsmanship skills, they won’t be as successful. Peterson also believes that social media influences the size of deer that hunters shoot because there’s peer pressure to compete, and many hunters don’t want to post a photo of a small animal.

Arrow an Animal with Record Potential In order for an animal to grow big in size and flaunt a large set of antlers or horns, it must have proper nutrition and the opportunity to age. Genetics play a factor, too, but in general, young animals that lack nutrition don’t have the ability to meet record book standards.

If you want to shoot animals that make the record book, you must hunt habitats with high-quality food sourcesand decide to shoot only mature animals. Hunters and game managers can influence a deer’s age and nutrition, but they have the most power over age because they can’t make animals eat what they plant or provide, regardless of how nutritious it is.

“(An animal) will never make record book quality if you arrow them before they are big enough,” Grace said. “Hunt mature animals.”

Since white-tailed deer are the species most pursued by bowhunters, followed by black bear, American elk and pronghorn, according to P&Y record book entries, it’s wise to learn how to age an animal in the field. That’s how you’ll determine whether the animal you’re eyeing is old and mature enough to shoot. To start with deer, read the Bowhunters United article “Is It a Shooter? How to Age a Deer.” Then, you can comfortably use the “let them go, let them grow” mentality to increase how often you encounter mature, trophy-status animals.

Submit an Animal to the Record Book

Although shooting a record book animal is rare, there’s plenty of room in the books if the right-sized critter walks by within bow range!

If you arrow an animal that you think has record book potential, do a rough score on your own to confirm your suspicions. Then, you must wait 60 days after the kill to let the skull and rack dry. The drying period allows moisture in the antlers to evaporate to get more accurate dimensions. After that, you can contact an official P&Y measurer to set up a scoring appointment. For an animal that meets the entry requirements, the bowhunter can submit the necessary paperwork. If the entry is accepted, the bowhunter will receive a certificate. To learn more about the P&Y record book entry procedure and requirements, click here.

The very notion that trophy animals exist keeps many bowhunters afield year after year, but most hunters also walk away extremely satisfied with the meat and experience obtained from shooting an ordinary animal. That said, the more time you spend afield, the more likely you’ll encounter an animal with record-book potential, especially if you’re disciplined enough to let the small ones walk. 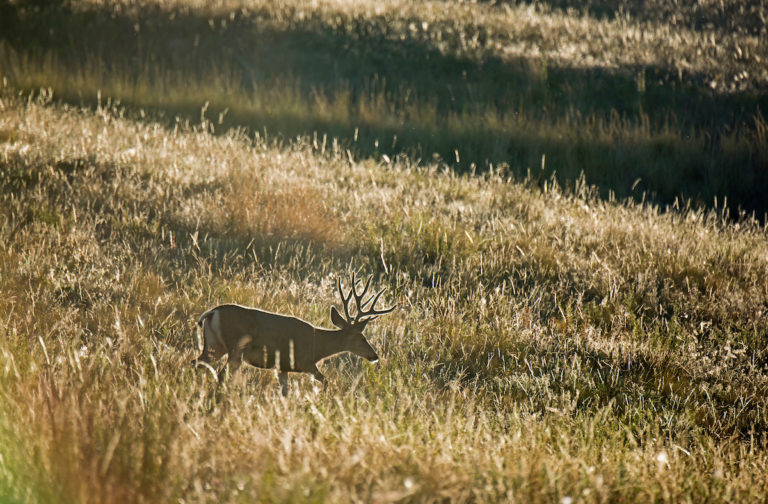