“Being a bowhunter, I knew it was time to get more involved and support true conservation-focused organizations. Influencing change is a lot easier being a Bowhunters United member.” One of the most significant pieces of conservation legislation in the last 70 years. Recovering America's Wildlife Act will help ensure bountiful wildlife for our communities and future generations to enjoy. Read More...

Recovering America’s Wildlife Act (RAWA) would dedicate funding, approximately $1.4 billion, to States and Tribes, across our nation to address wildlife to those that are hunted, fished, and beyond.

This historic legislation has broad bipartisan support in both chambers and HR 2773 has passed through the House of Representatives while the Senate companion bill (S. 2372) has been passed out of committee and is now awaiting floor time. Conservationist, hunters, and anglers, hope to see encouraging movement to the Senate floor for passage before the end of the year.

Bowhunters are a vital contributor to wildlife conservation, habitat enhancement, protection, and management to our country. RAWA impacts our passion, our drive, and our future. This bill will ensure dedicated resources are going towards a healthy future for the wild game we pursue. With the introductory house passage of this impactful act, this bill opens the door to new hunting opportunities and the preservation of our hunting heritage. Millions of federal excise tax dollars are being lost to foreign suppliers who sell “direct to U.S. consumers,” and avoid paying the excise tax US based manufacturers pay in support of hunting and conservation funding. Read More...
What is Federal Excise Tax (FET)?

A 10- to 11-percent tax manufacturers pay on the first sale of firearms, ammunition and some archery equipment established by the Pittman-Robertson Act.

What is FET Slippage?

In short, millions of federal excise tax dollars are being lost each year when foreign manufacturers sell products “direct to U.S. consumers” mainly through the internet. Over 55 conservation organizations have joined together to notify the Senate and House to take corrective action against this unfair practice. They hope to see legislative action within the next year.

Although this is a tax, bowhunters, conservation efforts, and wildlife DIRECTLY benefit from those tax dollars. All of the FET revenue is collected by the IRS, then sent to the U.S. Fish and Wildlife Service, where it is distributed to EACH state wildlife agency.

FET dollars are applied to:

This tax directly benefits bowhunters by ensuring they have places to hunt and animals to pursue. 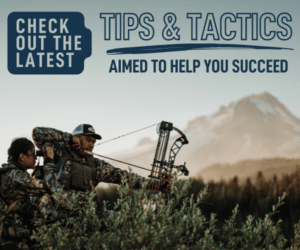 What is a Landlocked Public Land?

Land that is reserved to the public that is surrounded and restricted by surrounding private land, with no public road or trail to reach them.

What is a Corner Crossing?

The act of stepping or crossing over a property corner from one piece of public land to another.

Other than the fact that millions of landlocked public lands are bounded by surrounding private property land tracts. The larger issue is the undefined, legal grey area of hunters’ ability to corner cross into public lands legally.  At these corners, four ends meet: two public, two private.

Passing over these corners has raised a huge debate in the West. For example, in 2021 four hunters corner crossed from public land to another tract of public land using an “A” frame ladder. Private landowners prosecuted them with trespassing. Even though the hunters did not step foot on their land, they passed through their private property’s airspace.

No laws currently exist that specifically outlaw the act of corner crossing. Various attempts to define whether it is legal or illegal to do so have failed.

Over 27,120 landlocking corners are in existence in the West. The popularity of hunting has increased by 25% since 2020. Many of those new hunters are hunting on public lands, thus increasing the demand for public land hunting opportunities.

There is a MAJOR grey area when it comes to corner crossing or accessing lands that touch private property. It is important as bowhunters and citizens that we understand the laws and limitations we must abide by. It is unfair for hunters to be penalized and stripped of their right to hunt, because of unclear legislation. As bills are presented at the legislative level, we must promote and protect our right to hunt, while allowing equal opportunities for public land hunters and the preservation of our country’s wildlife and landscape. ANIMAL “PERSONHOOD”: A world where hunting is MURDER, and deer have the same rights as YOU.

Anti-hunting and animal extremist groups are pushing legislation to give animals the SAME rights as you! Say goodbye to hunting because harvesting wild game would be considered a crime. Read More...
Organizations like the Humane Society of the United States (HSUS) and People for the Ethical Treatment of Animals (PETA) are posing a threat to your hunting heritage. Their goal is to legalize Animal “Personhood”: The ability for animals to have the same obligated, bodily rights as humans.

Animal rights activists are trying to persuade legislators to take action and give animals the same rights as you. Enacting Animal “Personhood” would drastically change our conservation system and the lives of Americans across the nation. Passing this bill would mean:

This is just the surface of the outcomes we could see if anti-hunting and animal rights extremists get their way. As this issue is not on the voting roster currently, animal activists are slowly gaining traction by constantly bringing this inquiry to the legislative table. As bowhunters, we must stay diligent to protect our passion, stay informed of animal activist schemes, and oppose these types of fanatical “animal rights” initiatives.

ANTI-HUNTERS PUSHING FOR BOARD SEATS

Anti-Hunters push to replace pro-hunters, skilled conservationist, and wildlife biologist positions with one of their own at the state game commission level across the nation. Read More...

What is a game commission?

A board of expert conservationists and wildlife biologists who make executive decisions to conserve, protect, and preserve wildlife through regulations and sustainable hunting.

Animal rights activists are enraged with game commissions being composed of skilled wildlife management professionals. Their goal is to maintain a commission with a board that represents the entire population, not just hunters, anglers, and outdoorsmen.

Today, anti-hunting activists continue to malign the reputations and credibility of game commissioner members, leading to qualified hunters and anglers being rejected from commission boards or the nomination process.

The replacement of hunters, anglers, expert conservationists and wildlife biologists on state game commission boards is a huge concern not only for our wildlife but for sportsmen and women across the nation. Skilled conservationists, wildlife biologists, and management specialists make educated decisions for our wildlife based on science. Basing their decisions on pure emotion, anti-hunters who fill the seats of the game commission, pose a threat of restricted access, decreased hunting opportunities, and will put wild game and non-game species populations at risk.

As bowhunters, it is important that we stay active in promoting the fight to keep conservationists and hunters seated at the game commission table. Their position allows hunters like us to continue to contribute to wildlife conservation through hunting licenses, permits, tags, stamps, and outdoor-related gear.