Opening week of archery season can be the best one for putting a deer in the freezer — and for tagging a trophy buck, too. Photo Credit: Bowhunters United

Opening day of bowhunting season is almost here in most of the country. That means you can finally take to the woods with your bows, arrows and ambitions to chase whitetails. Before you head afield, consider these bowhunting tips shared by Brian Malone, general manager and vice president of PRADCO Outdoor Brands Signature Group, which includes Moultrie, Summit, Code Blue, Knight & Hale, Texas Hunter Products and Whitetail Institute.

Malone was born in Pennsylvania, has spent time in Maryland and Ohio, and currently lives in Alabama, so he’s well-versed in hunting different parts of the country. Regardless of where he hunts, he encourages hunters to:

1. Pick a Strategy: Hunt Bucks or Does 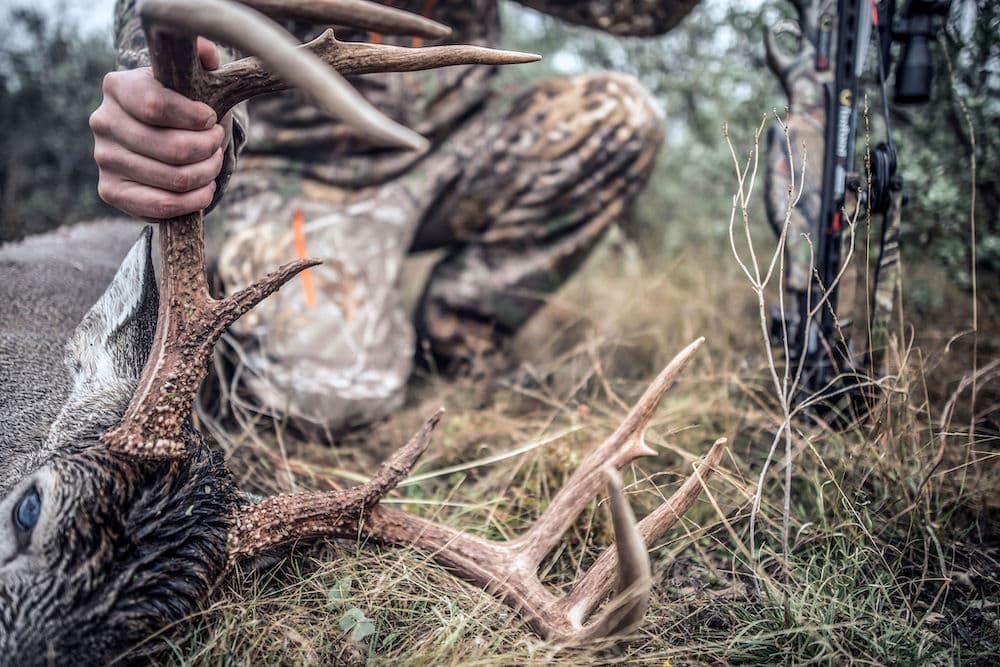 Decide whether you will be hunting bucks or does first. Photo Credit: John Hafner

Some hunters prefer to pursue bucks right out of the gate, while others hope to arrow a doe first, to put some venison in the freezer and take the edge off after a long summer. Does are also easier to hunt prior to the rut, since they can get skittish from constant harassment by bucks later in the season.

But Malone doesn’t wait; he likes to target mature bucks in the early season for the following reasons:

Find their early-season food source, and you’ll find deer. They congregate in agriculture fields with corn, soybean or hay when they’re available. Food plots also attract deer. If those options aren’t around, you can search for soft mast crops like apples, persimmons, crabapples or berries. Lean on your preseason scouting efforts to find early-season food sources. If the property you’re hunting doesn’t have many food options, consider creating your own.

“If you don’t have a natural food source and baiting is allowed, now’s a good time to focus in on it,” Malone said. The market has multiple food and food-scented products to attract deer. Check the hunting regulations in your state to ensure baiting is legal before emptying a bag of corn near your stand.

After waiting all summer, everyone is eager to get out in the woods, regardless of the circumstances. Sometimes that mentality is detrimental to success.

“A lot of people push it too much,” Malone said. “If the situation isn’t right or if the wind isn’t right and they jump in the treestand, they can screw up any opportunity for an early-season mature deer.”

Watch the weather, and don’t hunt if the conditions aren’t right. Instead, pick a different spot or wait until things improve.

4. Set Up in Advance to Minimize Sweat and Odor 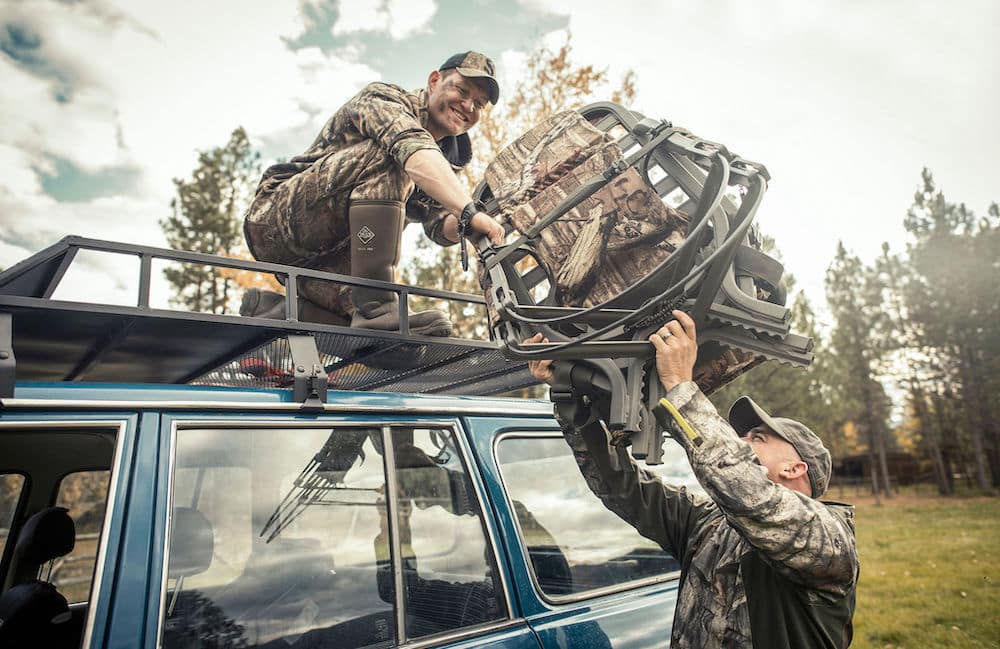 Go out the day before you hunt to set up your stand. That way, you can go slowly and avoid sweating. Photo Credit: John Hafner

Malone said that sweating is the biggest challenge in the early season. Walking to your hunting spot in hot weather while wearing boots, pants and long sleeves and carrying a pack, your bow and potentially your stand makes it easy to overheat and sweat. Unfortunately, sweat means body odor, which alarms deer and other critters.

To help combat how much he sweats on a hunting day, Malone sets up his hunting spot a day or two in advance. He walks in midday to trim his tree, and attach and adjust his climber. Not all hunters have access to private land, and most public lands have rules against leaving equipment in the woods. If you can’t set up your spot in advance, give yourself enough time to walk slowly to your stand, which will help you stay cool and dry.

5. Be Earlier Than Your Competitors

Secure your hunting spot by arriving early. Malone said private landowners don’t have to worry about this, but people who have hunting leases or hunt public lands must beat other hunters to the woods to maximize their chances of success.

Your moral and ethical responsibility whenever you’re hunting is to be accurate and therefore lethal. To do that, you must practice – now and throughout the season.

“A lot of people forget about practicing and try to cram it in like a final exam the week before the season,” Malone said. “People should be looking at their gear right now (if they haven’t already). They need to get it out, dust it off, wax the strings and start shooting their arrows to make sure they’re ready.”

The suspense is almost over. Incorporate these tips into your opening-day strategy, and you’ll be ready to hit your release when the opportunity presents itself. Dial in Your Preseason Checklist Hunting Strategies for Does and Bucks: What’s the Difference? How to Hunt the Whitetail’s Pre-Rut