Start your preseason work in spring to maximize your bowhunting time this fall. Photo Credit: ATA

Spring: Prime Time to Scout and Work Your Land

Many bowhunters start scouting seriously in summer, but Wisconsin’s Jason Wenzel thinks it’s better to hit the woods in spring to find sign, identify hotspots, and launch land- and habitat-management projects. Spring activities also motivate you to get outdoors to jumpstart deer season. Wenzel has bowhunted 25 years, and is director of operations at Grandpa Ray Outdoors, a wildlife-education company that helps hunters and landowners create food plots and deer sanctuaries on their properties. He lists five reasons why hunters should scout, hang treestands, and tackle property projects in spring:

Meanwhile, you can participate in other spring activities to maximize time afield, such as casually scouting as you hunt sheds or turkeys.

Look for these six things while spring scouting:

Carry a notepad and take notes while scouting, Wenzel said. Write down the locations of hot trails, natural browse, and ideal treestand spots. If you’re on private property, keep track of possible projects, which might include cutting timber, trimming shooting lanes, conducting prescribed burns, or creating waterholes or food plots.

“Everyone is busy, and a lot of people wait until the last minute to scout and do all this work,” Wenzel said. “But now is the time to do it. Give yourself enough time to prepare and accomplish projects, but also to give deer time to adjust.”

In other words, finish your to-do list in spring so you can focus on improving your shot this summer and be deadly with your bow this fall. 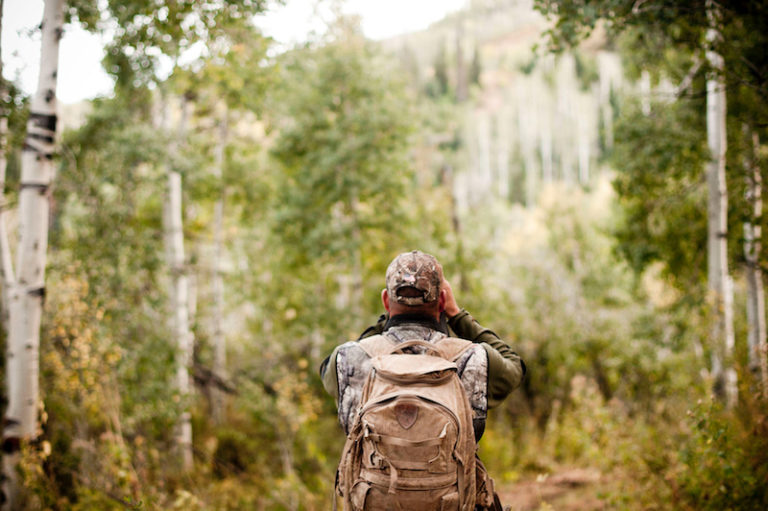