Staying in? Check out these Hunting Movies

Most everyone likes to curl up and watch a good movie from time to time. Why not pick a flick that showcases hunting? If you’re an avid hunter, seeing your interests represented on the big screen is exciting. Movies that feature hunting will make you proud to be a hunter and will make your movie night a feel-good experience for everyone.

In this movie about a family of female hunters, the youngest begins her journey. Photo Credit: Star Tribune

The movie “Cold November” was filmed in Minnesota and features not one, not two, but a whole family of impressive female hunters. One of the main characters is a 12-year-old girl named Florence who prefers camo to dresses, and whose heart is as pure as the driven snow. The movie portrays hunting in a positive light. Florence hunts legally and truly honors the animals by preserving the meat for her family. Hunting had been a family tradition for the women; after acing her firearms safety class, Florence is ready for the responsibility. The challenges she faces while hunting deepen her understanding of the world, and Florence discovers that death is sometimes necessary to sustain life. A short film about the life of bowhunters. Photo Credit: Sportsman Channel

A short film titled “The River’s Divide” by Donnie Vincent captures what bowhunters experience every year. The film follows Vincent in his pursuits of an elusive deer he’s affectionately named Steve. He can’t seem to find this deer again and takes viewers on his journey, witnessing the struggles and hard work hunters put into their sport every day. The underlying message is perseverance. Vincent says he will continue to come back until he’s found Steve. That sentiment alone says all you need to know about hunters. They are dedicated and are not easily rattled by mishaps. 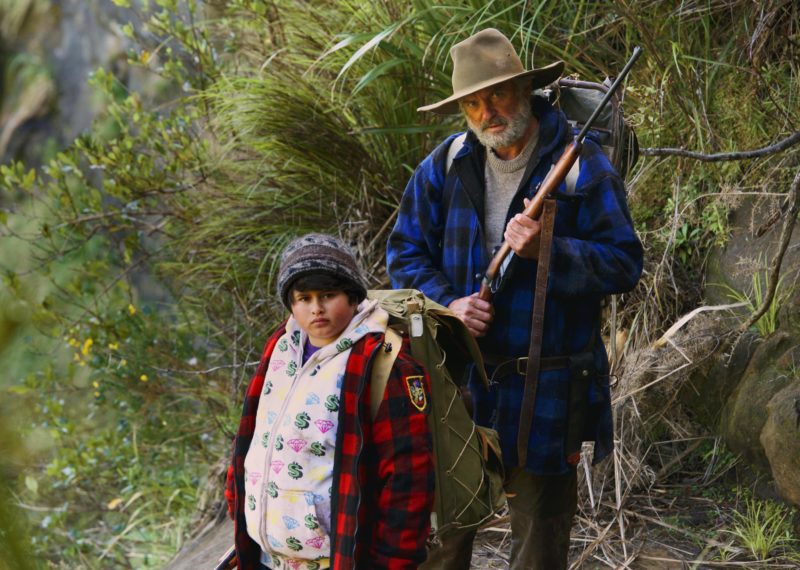 A feel good film about understanding and the bond between two people that need each other to survive. Photo Credit: Time

A New Zealand film called “Hunt for the Wilderpeople” is a tale of a child in foster care adjusting to life with his new family. The family’s antics eventually lead to them being stranded in the New Zealand wilderness where they are forced to hunt for food. The film has a message of change – that we are not tied to the mistakes we’ve made in the past. The film showcases hunting as something necessary and powerful as the characters try to survive in the wild.

Hunting is often an activity that bonds people. You constantly hear hunters recounting stories of how their family member or friend taught them to hunt. The sport creates a unique sense of community, and movies about hunting often represent that incredible feeling of being a part of something bigger than you. If this hunting season is making you nostalgic for stories like yours, pop a bag of popcorn, put on a movie about hunting, and let the emotions flow.

Share this...
← Shooting Tips from The Hunting Public Bowhunting: A Safe and Healthy Sport →