A good day in the woods often ends with mud on your boots and dirt in your hair. But when you step into your vehicle with that grime after bowhunting, you might carry home more than memories. Dirty boots and grass-stained pants might be carrying unwanted guests, including invasive species.

These tiny hitchhikers can cause big problems. An invasive species is a fish, plant, animal or other living organism that isn’t native to the area. Invasive species can also be big threats to wildlife. They often grow and reproduce rapidly, aggressively invading native habitats. Invasive species harm native species in many ways. Nonnative animals compete with native wildlife for food and, in some cases, the natives become food for the invasives. With their aggressive growth patterns, noxious weeds often take over areas, destroying the natural landscape and devastating native plants. These weeds can even harm native animals that eat them.

Bowhunters want to see healthy, plentiful game populations, but invasions of invasive insects could ruin your hunting site for years. The redbay ambrosia beetle from Asia, for example, is causing problems for deer in parts of the South. Deer eat the fruit and leaves of redbay trees. Unfortunately, a fungus carried by redbay ambrosia beetles is killing these trees. When important food sources like that die off, wildlife might leave the area.

If you’re not careful, you could be part of the problem and make it worse. Humans are the most common way invasive species get spread, and it’s usually unintentional. “For hunters, prevention is a great thing to think about, because the spread of invasive species and noxious plants is detrimental to wildlife,” said Renny MacKay, communications director for Wyoming Game and Fish. Invasive species are one of the biggest threats to wildlife. Much like this Canadian Thistle, they reproduce rapidly and aggressively invade the habitat of native species. Photo Credit: Oregon State University.

Like most states, Wyoming is dealing with several harmful invasive species, including dalmation toadflax, spotted knapweed, Canadian thistle and the New Zealand mud snail. Hunters can help by cleaning their gear before leaving their hunting area. “Plants are very good at hitchhiking, so clean the mud off your boots before you pack them up, and brush off your pants because there may be some seeds and stickers on them,” MacKay said. Be on the lookout for aquatic species as well. The New Zealand Mud Snail is just one of many that can hitch a ride and cause problems somewhere else. Photo Credit: ThingLink.com.

Bowhunters who wade creeks or travel by water must beware of aquatic invasive species that are causing problems nationwide. Some states have outlawed felt-soled wading boots for hunting and fishing because felt makes it easy for invasive species to hitch a ride. If you use a boat or canoe to reach your hunting area, rinse your equipment as you leave the river or lake, especially if traveling elsewhere.

Know which invasive species are in your area, and take simple steps to prevent their spread. “This is something we can all do, even if we’re just out hiking or camping,” MacKay said.

Don’t let your guard down, and always remember: You can ruin years of scouting and hunting with family and good buddies by carelessly carrying unwanted hitchhikers into your hunting spot. 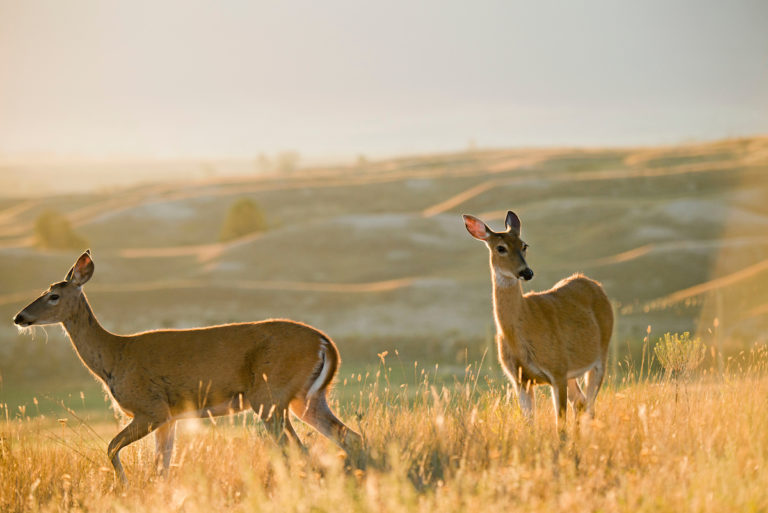